Ansaldo Trasporti is a global player, an integrated company able to offer vehicles for rail transport, a capacity that allows it to operate in the design, construction, installation, integration, management and maintenance of “turnkey” rail and metro transport systems, throughout the national and international territory.

We want to continue to build our success through the development of projects that produce more and more advanced technologies based on innovation, culture of values and social evolution. Among our objectives is to promote a more and more sustainable place to ensure greater comfort and a better future for next generations.

Being innovative and capable of developing quickly, not only new products but also solutions, being sustainable and attentive to environmental issues, are the basic criteria of Ansaldo Trasporti, which combines production efficiency with a strong drive towards innovation and environmental sustainability, making processes smarter and less wasteful.

Ansaldo Trasporti, the historic Italian brand, represents and encloses a wealth of creative and innovative ideas that have always accompanied the decisive phases of the railway sector.

To safeguard this heritage and to mark a new era of the famous Italian brand is Gesa Industry which, through new and important investments, has signed the agreement with Ansaldo Breda for the acquisition of the brand and is now at the helm with the total shareholder of the new company.
The company Ansaldo Trasporti, was founded with the aim of representing a “global service company” in the railways sector.

The company has a greater ease, compared to traditional companies, to absorb innovations in the rail sector and to develop projects and solutions that meet the demands of international and national markets.

For years the brand has represented Italian high technology in the world for the rail sector, an element of distinctiveness that, together with historical values, recognizes the transmission and reliability of its Italian know-how.

We have adopted a new and increasingly flexible working method based on strong inspiring principles: responsibility, know-how and comparison, able to consolidate the link between company, resources and customers.

We believe that Italian entrepreneurship has all the potential to assert itself both on its national territory and in the world, great and courageous ideas are enough!

We believe in the comparison with our customers, we believe that the partnership is not only an integrated process between different business realities but a way of operating that aims to converge in belonging to a single entity with the ultimate goal of success to added value.

THE VALUES THAT GUIDE US

And in which we believe

Our business model is based on innovative guidelines that look to the future of public transport.
Find out more

We design new solutions for the raillway sector because we believe that mobility is development.
Find out more

We have a clear vision to be recognized among the global players in the rail market.
Find out more

This year’s Rail Tec Europe event took place virtually in the form of a digital forum. For five days, the event covered all rail sectors, from how the industry can improve to attract passengers to the impact the pandemic has had on passenger numbers.

During two seminars “What are the expectations after Covid-19? and “Travellers’ behaviour during and after Covid-19” the importance of attracting passengers back to the railway and what can be done to achieve this goal was discussed, as well as the change towards more individuals preferring teleworking to commuting to the office.

The introduction of new materials on train surfaces, such as handrails, could increase passengers’ optimism about train safety. In fact, a new foil material containing silver and copper has been discussed which, according to researchers, can eliminate most viruses and bacteria that come into contact with its surface, an extremely useful property for those surfaces that are touched by hundreds of different people during the day. It remains to be seen which is the most cost-effective way to introduce it, as the economic impact, considering the value of the source material, is significant. However, the benefits would be very significant. 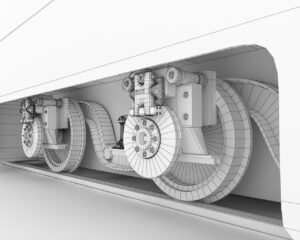 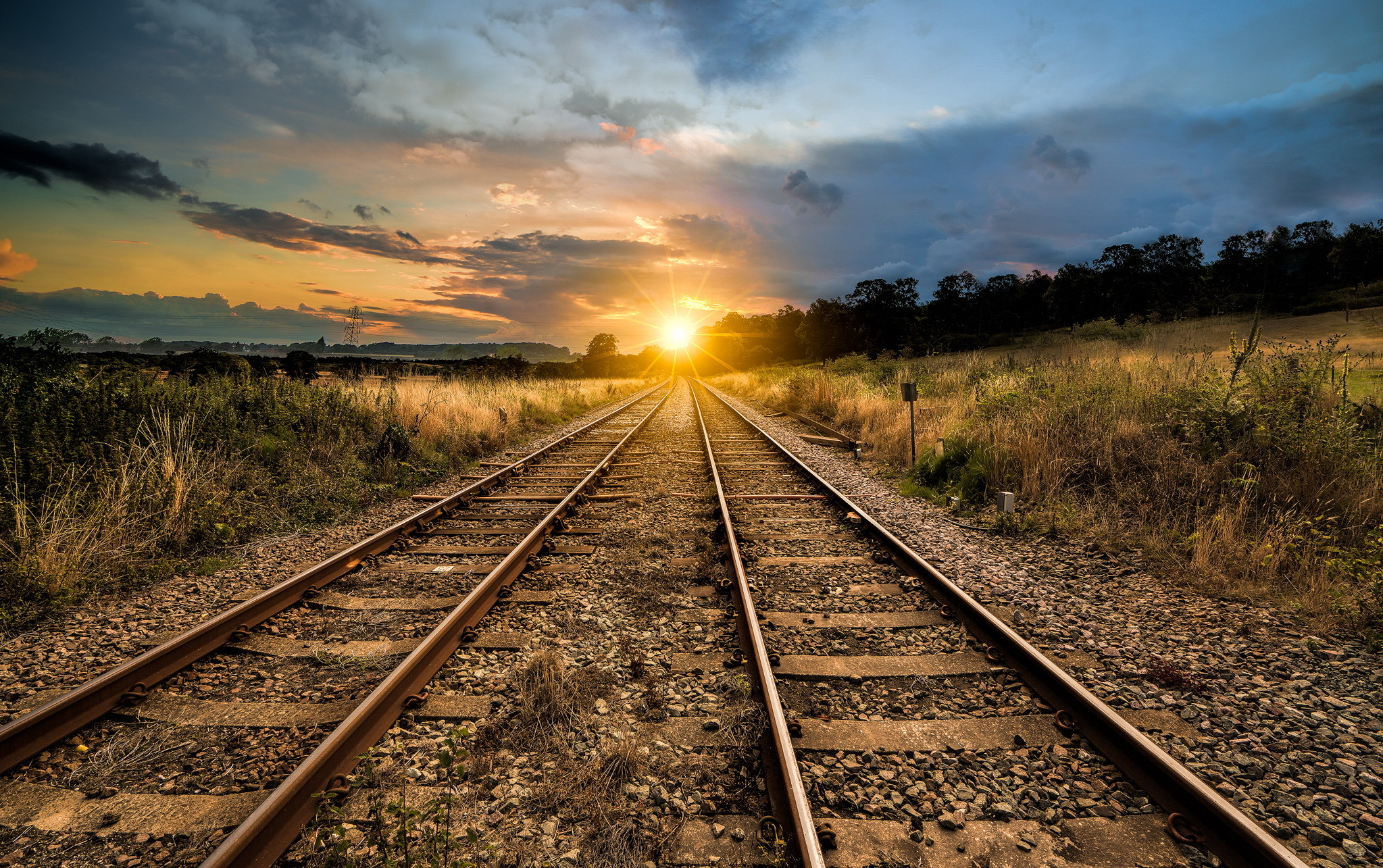 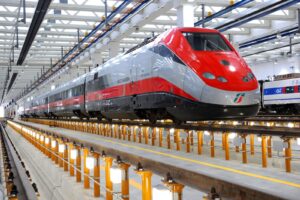 They are on the road, three in Ancona and one in Jesi, the four “smog-eating” buses of the Purifygo project, translated “Purify & Go”, requested by Conerobus, the public transport company of Ancona and its province in collaboration with Ansaldo Trasporti. The buses are equipped with a filter system capable of stopping particulate matter with a diameter of less than 10 micrometers (PM10) and then collecting particles measuring PM2.5. Each bus covers a different type of public transport area, ranging from the city centre to the countryside. Each filter unit is capable of filtering 486,000 litres of air per hour. Assuming that each bus is in operation twelve hours a day, the filtering capacity of each system installed on the bus is 12 million litres of air per day per bus. Therefore, the four buses are able to filter a total of 4.2 billion litres of air during the three-month trial period. Once the experiment is over, indications can be obtained from the filters themselves on the degree of pollution in the areas covered. Comparing the different filters will allow the most effective materials to be chosen for the next industrial steps. 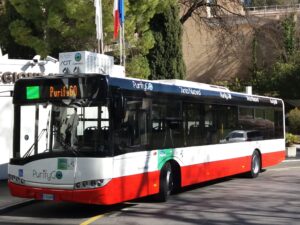 Real-time filter monitoring Ansaldo Trasporti, a company active in various branches of public transport, is collaborating on the project with the Italian company AGT Engineering, which runs the control centre in Rome, where the most important parameters of the system are monitored in real time. Particulate matter with a diameter of less than 10 micrometers and especially PM2.5 are increasingly linked to health problems such as asthma and lung cancer, and road traffic is one of the main causes of this type of pollution in urban areas. Ansaldo Trasporti is looking to the future of public transport with ever greener technologies. “Sustainability is an integral part of our corporate identity,” said Gennaro di Sarno, CEO of Ansaldo Traporti, “our heritage is rooted in our determination to contribute to increasingly sustainable mobility through projects, investments and new partnerships. This project kicks off a new era of sustainable mobility, in which our company intends to play a leading role with projects and technologies that are increasingly geared towards safeguarding the environment”.

We have a convergent and effective structure that has placed the need to create cross-functional teams that share knowledge and unify best practices, following the strategic direction established at the executive level.

The relationships with our Clients, complete the assets of our company, foster partnerships with the most important realities of the international scene and contribute to consolidate relationships of transparency and trust.

We are convinced that responsible behavior is essential for long-term success.

Looking at the evolution of public transport allows us, every day, to be proud to be part of this world.

We have chosen the enhancement of resources and respect for the environment to ensure a quality product today and tomorrow a better future.

Ours is a company made of people, ideas, intuitions and passions, but also of studies, design skills, aimed at the realization and research of targeted solutions, with the unique and shared goal of the final result.

We have chosen to share the same goals with our partners and to make a contribution to improve public transport on rail and metro.